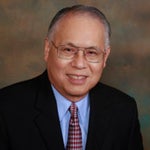 Mr. Masuda is a shareholder in the firm. Since 1973, Mr. Masuda has primarily advised and represented governmental and public agencies – first as an Army JAGC attorney (1973-1976) with emphasis on government contracts, administrative, and environmental law, and then in private practice as general counsel and special counsel to public agencies. He served as part-time City Attorney for the City of Livingston, his hometown, from 1977 to 1984.

He is a long-time member of the Legal Affairs Committee of the Association of California Water Agencies. He has advised public agencies on the full gamut of public law issues and he has negotiated and drafted complex settlement and transactional documents for public agencies. He has served as the issuer's counsel in numerous public agency and joint powers agency financings involving general obligation bonds, revenue bonds, notes, and certificates of participation. He farmed almonds part-time for some 25 years. He has completed formal mediation training from the Straus Institute for Dispute Resolution, Pepperdine School of Law.