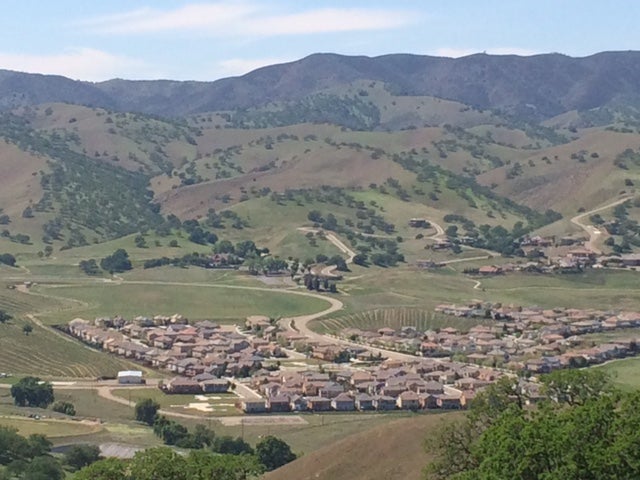 Western Hills Water District, a California Water District, was formed as the water-sewer-storm drainage service provider for the golf resort development known as Diablo Grande in the hills approximately 8 miles east of Interstate 5 and the City of Patterson within Stanislaus County. The District has contract rights to 8,000 acre feet per year of State Water Project Table A water through the Kern County Water Agency. The District owns and operates a water treatment plant with a treatment capacity of 2 million gallons per day. The District is currently in the planning stages to double the water treatment capacity. Currently, the District provides approximately 200 acre-feet per year of treated water to approximately 414 water accounts. It also had provided approximately 980 acre-feet per year of untreated water for the development's two golf courses, but one course has been removed because of the drought. The District provides sewer collection service with the wastewater being treated by the City of Patterson. The District has a 5-member Board of Directors. During 2010, we successfully negotiated a long-term unbalanced water banking program agreement between WHWD and Belridge Water Storage District, Berrenda Mesa WD, Dudley Ridge WD, Lost Hills WD, and Wheeler Ridge-Maricopa Water Storage District whereby WHWD is able to transfer its State Water Project water in excess of its annual in-district needs to the five districts and in exchange receive cash payments and Kern Water Bank storage credits. With a zero State Water Project allocation for a substantial part of 2014, the District could draw on its storage credit for its water needs. The firm also negotiated a sale of groundwater from the District's backup well to assist an adjoining agricultural water district during the drought. The firm has been the District's General Counsel since December 2008. David Hobbs is the lead attorney for the firm.